Give us a call, we are Fast, Friendly and Fair,

Reviews:
* If you’re looking for something practical, affordable and efficient but not boring, the 2015 Fiat 500 subcompact is a viable alternative to the Nissan Versa Note, Scion iQ or Honda Fit. The Abarth model will give the Mini Cooper a run for its money, too. Source: KBB.com
* Impressive cruising range; recharges quickly at 240-volt outlets; quicker acceleration than the base gasoline-powered 500; fun to drive for an electric car. Source: Edmunds
* Because Fiat loves design as much as the Earth, they have developed the all-electric FIAT 500e which yields zero tailpipe emissions without compromising style. The 500e incorporates nine aerodynamic refinements that ultimately increase overall vehicle range. These include an aerodynamically-enhanced spoiler, a diffuser that carries on from the underbody, optimizing the airflow output, as well as the front fascia which has been lowered for increased aerodynamic efficiency. The 500e shifter is far from the traditional automatic transmission shifter. Instead, the FIAT 500e uses a convenient electronic push button shifter. The 500e TomTom navigation system is unique for this vehicle. The TomTom navigation system offers a hand-held navigation unit, a part of the BLUE&ME communication technology developed with Microsoft. With a touchscreen, it displays maps, real time traffic, weather, and more than 7 million points of interest. The 500e battery must be periodically recharged. A Level 1 (120v) charger comes standard with the vehicle and needs to be plugged into a dedicated electrical outlet. A Level 2 (240v) charger, which can be installed in your home, is also commonly found at public charging stations. A Level 2 charger can recharge from empty to full in less than 4 hours while an on-the-go Level 1 charger will give you an average of 9 to 10 miles of range every 3 hours bringing you to full battery power in less than 24 hours. The lithium-ion battery is full of benefits delivering 111hp and 147 lb-ft of torque. It is able to deliver up to 122MPGe city and 108MPGe hwy with a range of up to 87 miles It has no memory effect, which means that you do not have to completely discharge it before recharging, as with some other batteries. Source: The Manufacturer Summary
… 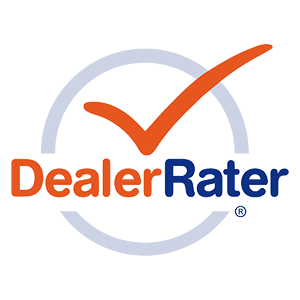 DealerRater
5.0
220 reviews
Interested in this vehicle?
This vehicle has many great features, but we understand that you still may have questions. Please use the form below to request additional information and we will respond with all the answers you need.
All pricing and details are believed to be accurate, but we do not warrant or guarantee such accuracy. The prices shown above, may vary from region to region, as will incentives, and are subject to change. Vehicle information is based off standard equipment and may vary from vehicle to vehicle. Call or email for complete vehicle specific information. WARNING: Operating, servicing and maintaining a passenger vehicle or off-road vehicle can expose you to chemicals including engine exhaust, carbon monoxide, phthalates, and lead, which are known to the State of California to cause cancer and birth defects or other reproductive harm. To minimize exposure, avoid breathing exhaust, do not idle the engine except as necessary, service your vehicle in a well-ventilated area and wear gloves or wash your hands frequently when servicing your vehicle. For more information go to www.P65Warnings.ca.gov/passenger-vehicle

We want to help you find the perfect car that fits your budget. Please adjust the options below so we can estimate the most accurate monthly payments.

How much will you put down?

Must finance through VCI. All tax, title and vehicle registration fees are additional. See dealer for complete details.